The EURAMI Executive Board

The current EURAMI board is composed of six members who serve as the leadership of the non-profit organization. These industry experts are voted for by the membership and provide their serve on a voluntary basis. The Board is headed by the President and the Vice President. 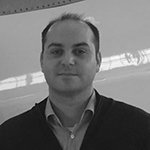 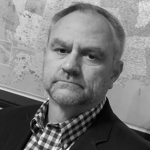 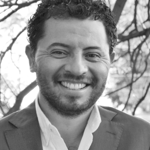 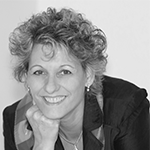 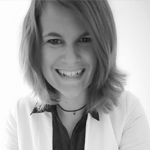 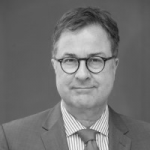 The Executive Board holds meetings
every two weeks in addition to two
physical meetings per year.
Its main objectives are:

The Organization follows its standards in accordance with German Law and is dedicated to its mission to improve quality, excellence and safety in aeromedical transportation.

The General Assembly is held once a year during the International Travel Insurance Conference (ITIC) Global. All members are invited to attend.

The European Aero-Medical Institute (EURAMI) e.V. has a more than 25 year long history and is one of the oldest global accreditation companies. The founding meeting that lead to the creation of EURAMI was held on the 8th of September 1992 in Frankfurt/Main in Germany.

On that date 22 medical air rescue experts from over ten European countries created a Special Advisory Board dedicated to air rescue operations.

The advisory board’s objective was to create a expert working group which was focused on the medical component of air rescue operations. The mission and vision was to create a scientifically oriented institution with an emphasis on the practical aspects of air medical transfer.

Its main objective were:

The organization was first registered as” a European economic community of Interests” on the 11th of February 1993 in Brussels, Belgium and has since extended its mission to a global scale.

One year later the organization was officially founded as a registered association in Germany.

It was formally recognized since August 11, 1994 as an association in the “official register of companies and associations” in the legal jurisdiction of Nürtingen, Germany.
EURAMI’s name went through several changes throughout the years but its final and current was voted during the 11th EURAMI Meeting in Prague on October 16, 1998. The European Aero-Medical Institute (EURAMI) e.V. was born.

Most of the main objectives which were discussed during the founding meeting are still in the mission and scope of EURAMI. While EURAMI has gained worldwide recognition and has positioned itself as the leader in aero-medical accreditation it still stands by its core mission values:

Our mission is to promote high quality aeromedical transfers all over the world.
We are convinced that safe, ethical and quality healthcare and transport practices must be the norm.

EURAMI strongly believes that Accreditation is an effective means of validating quality aeromedical services. EURAMI encourages research and training and supports and collaborates with various entities in the field.

Act as an advocate

EURAMI acts as an advocate on behalf of providers and patients for a safe and high quality transportation environment. EURAMI’s mission is to improve patient experience and outcome through its standards and philosophy.

We believe in uniform standards and internationally accepted scientific level of care for all patients without consideration for age, sex, race, religion, sexual orientation, social status and philosophy of life.

In order to be effective, we believe that strong leadership is essential. We are committed to serving as an example, to sharing our experience and to being of service to all who share our vision and vision.

We are convinced that safe, ethical and quality healthcare and transport practices must be the norm.
To attain this we will help to help harmonize and standardize operations and quality.

EURAMI’s provider pool consists of more than 50 market leaders in aero-medical transportation with a global reach and bases on five continents. Find your EURAMI accredited provider amongst our membership by clicking on the button below.

to the providers
We use cookies to ensure that we give you the best experience on our website. If you continue to use this site we will assume that you are happy with it. The following cookies are used: fonts.googleapis, fonts.gstatic, maps.googleapis, maps.gstatic, google-analyticsOkNoPrivacy policy